Samsung or Sony? Depicting the Technology Behind the Top TV's

When it comes to the best HDTVs most people ask the question: What’s the best brand around? Is it Samsung or LG? Is it Sony or Samsung? Is it Panasonic or Toshiba? 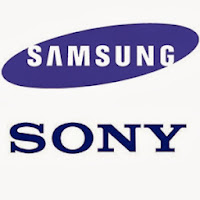 You may be surprised how many times these same question are asked not only in stores but also online. First of all it is important to mention that an appropriate answer would be: best TV in what category?

Each of these manufacturers of TV sales has its strengths and weaknesses, and this allows for a great variety of answers and products. For all these reasons a generic answer won’t cut it and for you to have the answer that is more suited to your own needs I will mention all relevant features, in particular the ones pertaining to Sony and Samsung TV’s.

Once upon a time, Sony was the king of TV’s in most categories until Samsung, the Korean newcomer began to make their way through consumer’s preferences and today the company has a market share of up to 26% which has provided Samsung the title of the #1 TV manufacturer in the whole world.

Although Samsung is the largest it doesn't necessarily mean it is the best. Its many contenders, Sony included, have stepped up to provide competitive solutions in most categories.

TV Design – Which is the Slimmest?

Samsung has a particularity: it really likes their TV’s to be thin. As an example of this, their F8000 LED/LCD TV's are practically bezel-free because it doesn't get any slimmer than 5/8 of an inch. Of course, as you go down through the company’s line-up, bezel size begins to increase and in spite of it, they still remain the slimmest compared to all other brands.

The Sony w900 is an example of a really slim HDTV and perhaps not as much as Samsung’s options, it is more than suitable for even the most demanding of connoisseurs and I make this statement for a particular reason which is that although Samsung has the slimmest TVs this might not be a selling point for some consumers.

The Nitty-Gritty Details of Image Quality

Samsung and Sony have many strong points when it comes to TV picture quality. Sony stands for excellent color accuracy and Samsung stands out for best of class black levels. Although the previous statement sums it all up it is also important to mention that both companies have good performance in each image category, it is just that they perform fantastically in a specific niche.

Another curious element is that Sony has a distinctive branded look which many people love and Samsung has great above than average brightness which helps you to see more clearly when faced with challenging ambient sunlight.

Although the aforementioned feature comparisons are the most important ones it is interesting to mention Samsung’s ruling in the plasma TV market (a perfect example is the Samsung F8500 plasma) due to Sony quitting the plasma production and design business. The only features left to mention are both Samsung’s and Sony’s user interface, remote control and internet connectivity. These features vary from model to model and both brands are above most other challengers on the market.

Right now you can find both Sony and Samsung TV sales at very low prices as many online TV stores are trying to get rid of last year's technology for cheap. For instance, at the High Definition Store, most Samsung TV sales are marked down at 20-30% off or more. Those same TV sales also reflect some of Sony TV's as well.

Both Sony and Samsung TV's offer a wide spectrum of value and benefits. Be sure to do a little extra homework regarding the the interface and control features to truly pinpoint the best option to fit the bill.
Posted by Unknown at 6:43 AM