Reigning among the leading manufacturers of top-quality, big-screen HDTV's in the world, Samsung offers a wide spectrum of full HD LED TV's, many of which are segmented into specific series and models that reflect certain features.

Among the most popular are the F7100 Series, F7500 Series, and F8000 Series of Samsung LED TV's. All these HD models are big screens but also have key differences worth depicting.

A great example of the F7100 series worth mentioning is the Samsung UN75F7100 LED TV. This smart TV has a 75 inch screen and a high-density of 1080 pixels along with micro dimming capability. This ensures that the image displayed is crisp and of high quality. 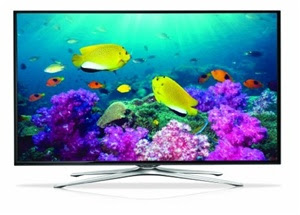 The refresh rate of the UN75F7100 model is 240Hz (240 cycles per second). A high refresh rate of this range is particularly advantageous for playing video games or watching sports programs, action movies and even general television viewing. This highly sought-after Samsung LED TV also fitted with a voice control system that allows users to interaction on the Internet. The Samsung UN75F7100 has a super thin design and comes with an option of a TV stand.

Another category in the Samsung LED TV series is the F7500. This series is made up of different models that offer slightly different features. 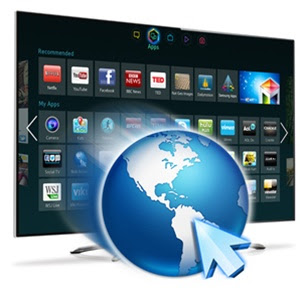 One such model is the Samsung UN60F7500 which has a screen size 60 inches across the screen. It's well-recognized for being a 3D TV that comes with four pairs of 3D viewing glasses. And just like the Samsung UN75F7100, it also has a screen resolution of 1080 pixels. Micro dimming is also enabled giving it the ability to output the best quality of images. It is also similar to the UN75F7100 in that its refresh rate is 24 times per second (240 Hz) and this is useful for gamers and action movie watchers.

A third high-definition category of Samsung LED TV's is the F8000 series. A great product example in this particular series is the Samsung UN75F8000. This smart TV has a lot of similarities to the fore-mentioned UN75F7100 and UN60F7500 models. It is an ultra slim TV whose screen measures 75 inches and just like the two other models, its resolution is 1080 pixels high density with micro dimming for the best quality of images. It is also optimized for video gaming, movie watching, sports and excellent general viewing by the high refresh rate of 240 Hz. 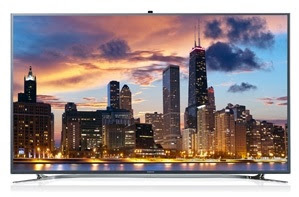 Samsung products are known to be credible and of high quality too. The above described models are space-efficient and are of high performance (with respect to HD and modern 3D viewing technology.) In addition to Amazon.com, we've found some great deals for Samsung LED TV's at The High Definition Store, a reputable ecommmerce store for Samsung TV's and home entertainment products.
Posted by Unknown at 9:22 AM